Rich Eisen one of the most well-known names in sports broadcasting. As a three-time Sports Emmy nominee in the Outstanding Studio Host category, The Rich Eisen Show features the NFL Network host’s engaging blend of insightful sports analysis, breaking sports news and offbeat mix of humor and pop culture, with celebrity guests from the worlds of sports and entertainment.

Eisen was NFL Network’s first on-air talent when the network launched in November 2003, and the original host of NFL Total Access, which provides exclusive inside access to all 32 teams, including the latest news, information and live reports coast-to-coast. In 2010, Eisen expanded his presence with the network to include “The Rich Eisen Podcast” on NFL.com which became a staple among athletes, actors, entertainers and football fans across the country. 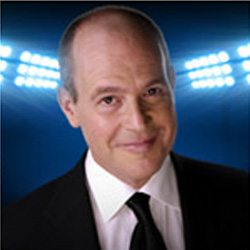